Training for professionals and graduates

These courses aim to provide professional actors and actresses, as well as graduate students from different theater schools, advanced training in acting training and interpretative work in front of the camera.

For non-graduate students in Eolia it is essential to send the artistic CV to the school. 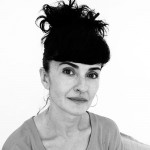 NURIA LEGARD: (Pamplona) Núria Legarda is a creator and stage director based in London and Barcelona. It develops experimental theater, creating interdisciplinary pieces, in which form and content complement each other. After twenty-two years of experience as a performer, choreographer, director and pedagogue: In London since 2016 she has collaborated as a creator and performer with Elinor Lewis in Orchard. A piece selected for The Place Resolution, Livevibe danse and Choreodrome in 2018 and Aerowaves 2019. With the support of Artsadmin and Arts Council 2018 and currently Aerowaves, The Place and DanceXchange. Legarda has worked as a movement director at Guildhall Drama & Music School, as a performer with Marie-Gabrielle Rotie, and as a director at Rose Bruford College London International Drama School. In Spain he has worked in the most recognized places and festivals in the country, such as the Teatro Nacional, the Teatro Lliure, the Grec Festival, Temporada Alta, TNT, Festival Cos (Catalonia), BAD Festival (Bilbao), Matadero (Madrid). In addition, abroad at the FIMFA Festival and at Espaço do Tempo Montemor-o-Novo (Portugal), La Villete (Paris)… As a period of artistic research work he attended the work of Gabriela Carrizo and Frank Chantier during the rehearsal process for Peeping Tom Kind’s new piece (2018-2019). His play La Cena was awarded the prize for “Best stage project” by the Institut del Teatre and nominated for “Best show in other disciplines” by the Butaca Theater and Cinema Awards of Catalonia. Post-Graduate in MA Performance Making, Goldsmiths University of London. Graduated in Dramatic Art from the Institut del Teatre de Barcelona and in Music Education from the University of La Rioja. With studies of music and dance in the Conservatory Pablo Sarasate of Pamplona.
www.nurialegarda.com

# MODULE: THE ACTRESS / ACTOR IN FRONT OF THE CAMERA with Judith Colell, pending new dates

Practical course to work on cinematographic and television interpretation. The objective is to deepen into aspects such as listening and feeling, character, attention and concentration, energy and spontaneity, imagination, emotions and physical reactions and the simplification of acting without lose passion Contemporary scenes of cinema or TV will be worked out, proposed by the same teacher. The sessions of the course will involve the essay, shooting and viewing of the shot scenes. The course material will be provided to students for their videobook. The course includes a camera assistant. 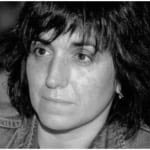 JUDITH COLELL: Barcelona, ​​1968. He has directed the following films: "Nosotras" (2001), awarded in Sitges, Lorca and Vitoria among others; "53 winter days " (2007), present at the San Sebastián Film Festival, awarded Best Actress at the Toulouse Festival and nominated for 10 Barcelona Awards; and “Elisa K” (2010), winner of the Special Jury Prize in San Sebastián, Special Jury Mention in Nantes, National Culture Prize of the Generalitat de Catalunya, nominated for 5 Gaudís and a Goya for best screenplay adapted from other awards. “Positives” (2008), “Fragments” (2003), “Radiations” (2012) and “Carmen Amaya’s Last Dance” (2014) are the feature films she has directed for TV. From 2011 to 2015 she was vice president of the Spanish Academy of Motion Picture Arts and Sciences. She is Secretary of the board of the Catalan Academy and Director of the Degree in Audiovisual Communication at Blanquerna URL.

Viewpoints is a training for improvisation and stage composition that gives play to the creative performer. We share a code that enables the mastery of body language in time and space. A training in decision making from instant availability. Concrete decisions in relation to architecture, topography, spatial distance, form, gesture, tempo, duration, repetition, kinesthetic response… Viewpoints training has gone around the world with the help of Anne Bogart, Tina Landau and the Siti Company team. 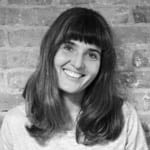 My path is oriented to the art of presence, of communication. For 20 years I have been combining professional artistic activity as a choreographer and creative performer with pedagogy. Working with Franco di Francescantonio, actor and theater director, training Viewpoints with the companion site and composition with Anne Bogart, has led me to collective creation and generate environments of listening, respect and challenge. My focus on body training is nourished by the ATB (Awareness Through the Body) Jader Tolja embodiment (bodythinking), Seitai, the Feldenkrais method, Aikido and Movement Culture training.

Download the registration form and send an email to eolia@eolia.cat or call us at 933 192 397.