We are culture and we are nature,

This Area d'Eolia, School of Dramatic Art in col·laboració amb the Miranda Foundation, and with him Cultural project Eolia R & D, connects creativity and nature, in contexts where the resources of the environment can nourish us on a personal and artistic level.

Creativity and Nature are for us, the two areas that preserve the human soul, and factors of health and balance, especially for children and adolescents. Going back to nature is going back to the origin, to what reminds us of who we are and where we come from, and that can help us focus.

The importance of the context is decisive in the personal processes, that is why we act in inspiring environments that invite us to take care of ourselves, and that they are in themselves a value of the activities.

We offer retreats of artistic and therapeutic themes, to connect with the personal space that makes us grow and unleash our creative potential. From this space, we propose activities, retreats and processes that connect us with the natural environment from the performing arts and in their holistic approach. In our retreats and workshops we also offer tastings and gastronomy Slow food Km0 and all bio, connecting culture and territory.

Ask us for more information about Fundació Miranda and the workshops!

Find out about the workshops with free horses!

By choosing one of our activities you are helping to make the work of the Miranda Foundation possible. The amount you contribute will go directly to sustaining the freedom and well-being of horses and Nature.

More information on this enllaç

Video of the Miranda Foundation horses

Video recorded during the first two weeks of the month of March of 2010. The horses were only three months in the Pla de l'Orri.You will be able to see a small tracking of the arrival of two horses to the Foundation: The Sherwood (white horse) that arrives in the morning and the Bonjour (brown horse) that arrives the same day but at dusk. You can see how circumstances make them join and make friends during the first few days. After all, each one will end up in a different subgroup of horses.In the last part of the video you can see a few pictures of the social work of the Foundation from previous years.

Territory of the Miranda Foundation

The Miranda Foundation has its summer headquarters in Alt Berguedà, in the Serra de Catllaràs, in a Protected Area of ​​Natural Interest of the Natura 2000 Network that the Foundation turned into a wildlife refuge, with a conservation project premature forest, of the gallfer and of the calcareous moles.

El Pla de l'Orri is a farm of 103 hectares with a privileged pasture in the middle of forests of beech, black pine, red pine, boxwood and hawthorn, with a view of the Pyrenees and Montserrat. It consists of the mother farm, a smaller farm called Cortal de l'Orri and a rural classroom where we do the activities with people. It is the origin of the Project, the paradise and happiness of the horses.

The winter headquarters is at El Garraf, where we graze more than 1.000 hectares of the Parc del Garraf and the properties of Can Ràfols dels Caus, Josep Camps and Xavier Ribes.

These spaces mostly correspond to the municipality of Olivella. A vast territory of Mediterranean steppe and forest where the horses do good cleaning and fire prevention while also being nourished near the sea. The Garraf is the expansion.

The headquarters of Cadí is the territory we have opened up to municipalities such as Arsèguel in Alt Urgell where we develop a project to recover pastures and memory of the rural world, with the support of horses as agents of biodiversity and fire prevention.

Some images of the Miranda Foundation

Non-profit foundation created in April of 2008 and dedicated to the dissemination of knowledge, understanding and respect for the horse, the land, the rural environment and nature. 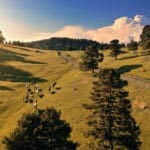 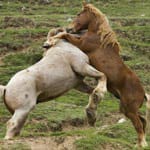 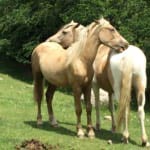 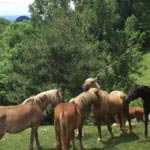 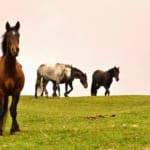 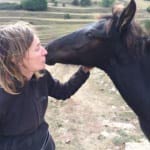 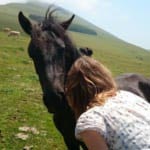 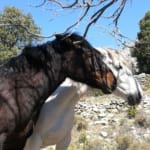 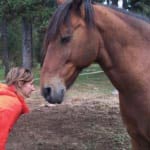 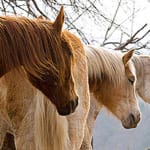 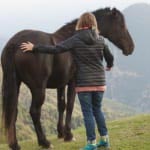 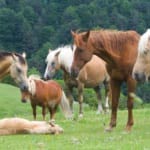 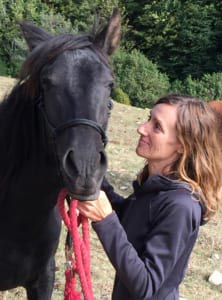 Rosa Galindo Sole: President of the Miranda Foundation i Co-founder of Eòlia Escola Superior d'Art Dramàtic de Barcelona, ​​active actress and singer (she has worked with directors such as Josep Maria Flotats, Mario Gas, Calixte Bieito, Sergi Belbel, Joan Lluís Bozzo and has starred in several musicals by Dagoll Dagom ). She currently plays El Maternitat d'Elna (based on the book by Assumpta Montellà with dramaturgy by Pablo Ley and direction by Josep Galindo).

Trained as a teacher of Fitzmaurice Voicework and as a teacher of Kundalini Yoga (also a practitioner of Hatha Yoga), Rosa currently forms part of Sergi Aynó in the consciousness and responsibility of her own energy.He has also approached various therapeutic methodologies of singing and breathing, the Alexander Technique, Family Constellations, and Bioenergetics.

Responsible for Theater without limits®, a project that applies theater as a therapeutic, personal development and social skills The connection with the land comes from his grandmother Nati and her ancestors who were "farmers" in a village in the Pyrenees of Hosca. On the other grandmother, Pepita, has regained love for the kitchen. He has been trained in Bioenergetics food and cooking with Montse Bradford and has been a student of the chef Bernard Benbassat, who refines his learning and connects cooking and nutrition with sensitivity and creativity. 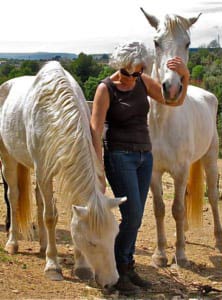 Anna Álvarez Crispi: Transactional Systemic Coach. Horse-assisted trainer. Facilitator of horse-assisted systemic constellations. Nurse and Kinesiologist. Since 2002 I have been participating as a teacher in the Postgraduate Course in “Emotional Education and Welfare” at the “Faculty of Pedagogy of the University of Barcelona”, and currently in the Barcelona Activa programs on “Empathy”.

My passion for nature and animals, and my interest in combining health and well-being with this, have led me to know and experience different tools focused on human development, contemplating both the personal and professional facet. By conducting horse-assisted coaching and training courses I discovered this huge potential for horses to respond to their environment and our stimuli.

From here to think that they could function, as representatives in the constellations, was only a step. Whenever I see horses answering in a constellation, I get more questions than answers, but in this moment, I can't help but perceive that "all of us" are united by a connective tissue and that we are "affected", not only by our actions but also by our intentions and our feelings. This can be at the same time terrifying or the great hope that another way of relating, more respectful, loving and peaceful is possible from the present moment! More information on the personal website