Eolia i + d it is a hotbed of projects from different perspectives, and the Creation spaces accommodate many projects linked or not to the school that need a space to rehearse, experiment, test and develop their language.

We support companies inside and outside the school through the cession of creation spaces.

Our research and development project has an infrastructure that allows us to host companies in their process of creation.

THESpace i + d, located at 25 Bailèn Street in Barcelona, ​​has a 300 m² facility, divided into four spaces: an 85 m² rehearsal room and three support spaces that can be articulated in its use.

The creation spaces, apart from being the headquarters of the Eolia Company, and of being a nursery for new dramas, new projects and new companies, host residences of external companies through a competition, open to the whole city, and linking their projects at the Eòlia Theater.

For the Creation Spaces Eòlia i + D companies and artists such as Marc Martínez, Helena Tornero, Àlex Mañas, Mone Teruel, among others, have performed, along with a large number of emerging companies that end up being exhibited in Mostra format or as programming at the Teatre Eòlia. On other occasions, the proposals that come out of our Creative Spaces nurture other exhibition spaces in the City, such as the Seca Espai Brossa, Teatre Lliure, Teatre Gaudí and Teatre Versus, Almeria Teatre, Tantarantana, among others.

Once the application is approved, fill out the Statement of Responsibility:

Read and download the following documents for the use of the spaces:

Regulations for the use of spaces

Images of the spaces 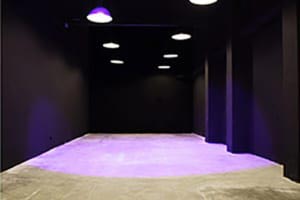 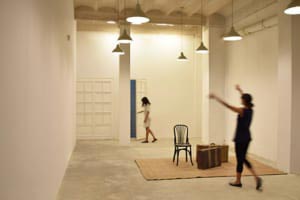 For more information write to produccio@eolia.cat