Rachel Page, a professional musical theatre actress and composer from Chicago, is collaborating with Eolia’s students on an workshop of select scenes and songs from Survivor Story: A Workshop, the new original musical written by Lindsay Bartlette Allen and Rachel Page, with music composed by Rachel Page.  Survivor Story was recently produced as a fully staged show in Chicago and is now being workshopped again in Barcelona.

Survivor Story is a female led contemporary musical based on the true stories of two women’s experiences surviving sexual assault.  Tackling societal issues in the same vein as popular musicals like Next To Normal, and Dear Evan Hanson, Survivor Story deals with the difficulties surrounding the taboo subject of sexual assault.   By presenting this topic through the medium of music and theatre, “Survivor Story” highlights how common sexual assault is, and reminds us that a survivor is someone you know.

A workshop experience is very different then a typical show performance.  Rachel and seven dedicated students have spent three hours a week since February testing out new material.  They have been experimenting with everything from a small line of dialogue to a new three part harmony.   A workshop rehearsal process can be a difficult one, because there are constant changes, new lines and songs, and no preceding recordings to learn from.   It’s both exciting and challenging!

In this performance of Survivor Story, you will see these actors performing music and scenes from the run in Chicago as well as new material – including some scenes with scripts in hand.  It’s a very exciting opportunity to see what scenes and songs work and which ones need rewrites, as Rachel and Lindsay continue to hone and shape their musical on its journey to Broadway. 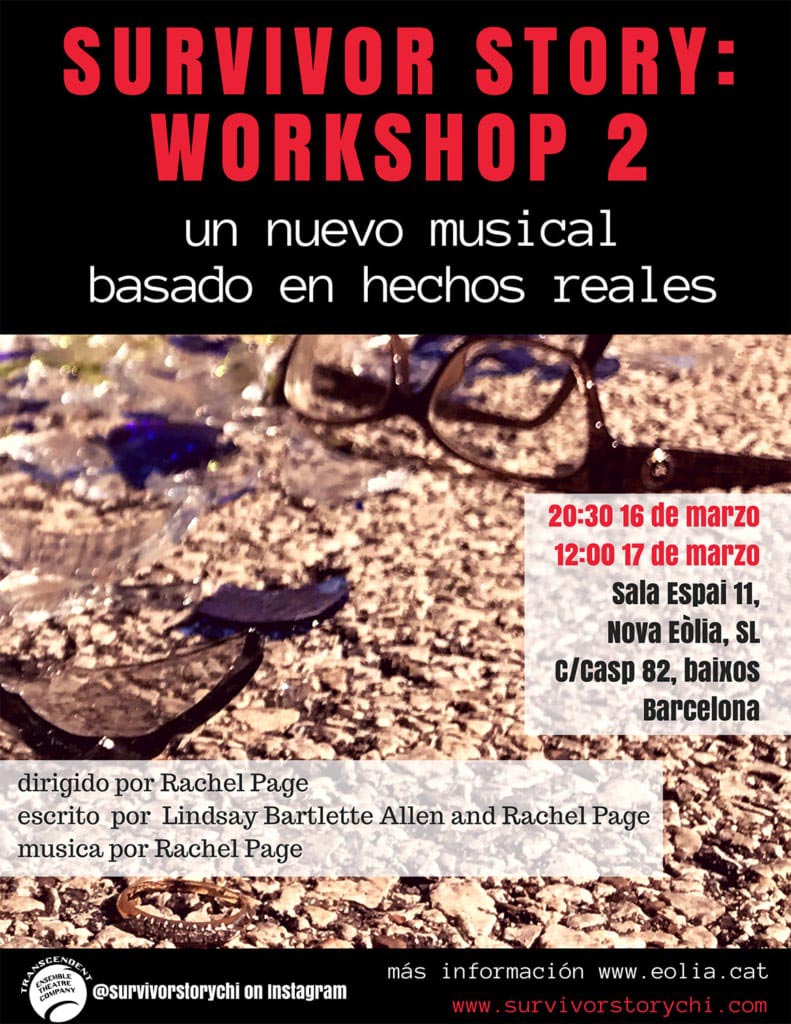