Joana 2015 Campal Battle from 7 to 18 October at the Platformai Theater + d.
Book your tickets! More information.

Pablo Ley, playwright. Graduate in History of Art. Head of the Department of Dramaturgy and Direction at the Higher School of Dramatic Arts Eolia. Founder, with Josep Galindo, of the company Project Galilei.

For many years I wanted to make a free version of the character of Joan of Arc. Almost like an adult child’s whim, I’ve always wanted to play on stage with real armor, a real sword, and a lot of lying blood (a lot of ketchup, literally). The figure of Joan of Arc, her strange madness that makes her believe in contact with saints and archangels, seems to me simply fascinating. She also knew the processes that condemned her to the bonfire and then rehabilitated her (collected by Georges i Andrée Duby).

I had read some of the biographies (Michelet, Vita Sackville-West, mary Gordon). I had seen some movies (the de Carl Theodor Dreyer, for example, which has the added incentive of having among its interpreters a Antonin Artaud). And I had tried it on more than one occasion, whenever I met an actress whom I thought could play a Joan of Arc, because it is true that Joan of Arc needs someone to integrate with the character in a way natural, without having to strain. But always, for one reason or another, he had ended up parking the project for later. 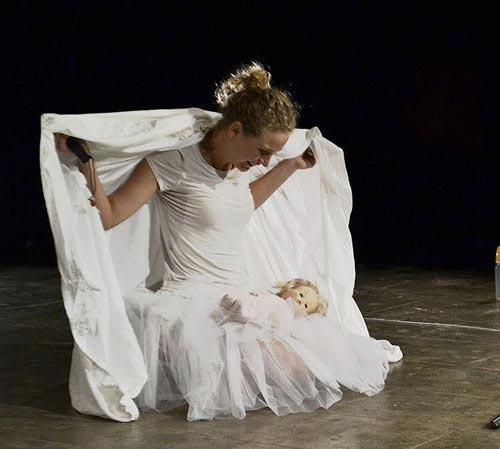 Things, in fact, come when they have to come. And that's how, when the Raquel Ferri he proposed to me to do something together, almost instantly I saw in her joy and spontaneity a Joan of Arc of a transparent naturalness. But he wanted to do a work that came out of the historic Joan of Arc, the French myth that emphasizes the Middle Ages and the mythical constitution of a Nation. Nor did he want to address his slope mystical and romantic, nor attempt the psychological reading that makes her a hallucinated character. I wanted to explore the childlike condition of a Joan of Arc that was possible in the XNUMXst century.

That's how I asked for help at Xavi Gamazo (composer and musician with whom I have worked on more than one occasion) and Ester Villamor (actress and director whom, as a teacher, I have the pleasure of accompanying in this staging) to begin a work of exploration of the biographical material of the own Raquel Ferri with the aim of weaving both stories - that of Joana d'Arc and that of Raquel Ferri - in a single impulse. And so we started, in September 2014, with improvisations. Memories of childhood, to begin… from the beginning… the first memory, the happiness of the girl grown up without worries in a small Valencian village, Montaverner, the games, the Magi, the grandmother (or the uela, as she says in Valencian), the town. And, little by little, the innocent game of hearing voices that speak to him. That they ask you to save the world. That they give wings, literally, to fly towards the fight against the forces of evil. 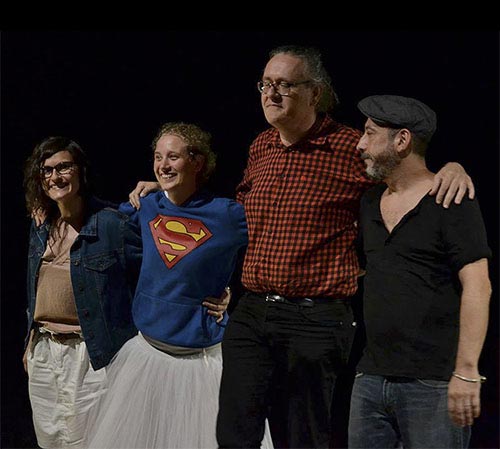 Raquel Ferri, Xavi Gamazo, Esther Villamor and I myself have explored, through these improvisations, the form and emotional background of the show before writing the text. We have discovered the personality, the fragile psychology of our Joan of Arc. We have discovered their stage language, which is the language of children when they invent the world of their adventures. We have already seen the first sketches of each of the scenes - moments, sometimes, of a very delicate emotional sensitivity and that we will do everything possible to preserve in the final version - that will allow us to tell the story we want to tell: the exit of the people, battle, judgment, execution, ascension to light.

This is how Joana 2015 Batalla Campal was born. A pitched battle against the evils of today's world. With the same energy and the same innocence of Joan of Arc who, at the age of 17, liberated the city of Orleans in 1429. But today. Right Now. In this global, complicated world, which faces so many challenges at the same time that, if it is not helped by the energy of a true contemporary Joan of Arc, she will surely never find a way out.