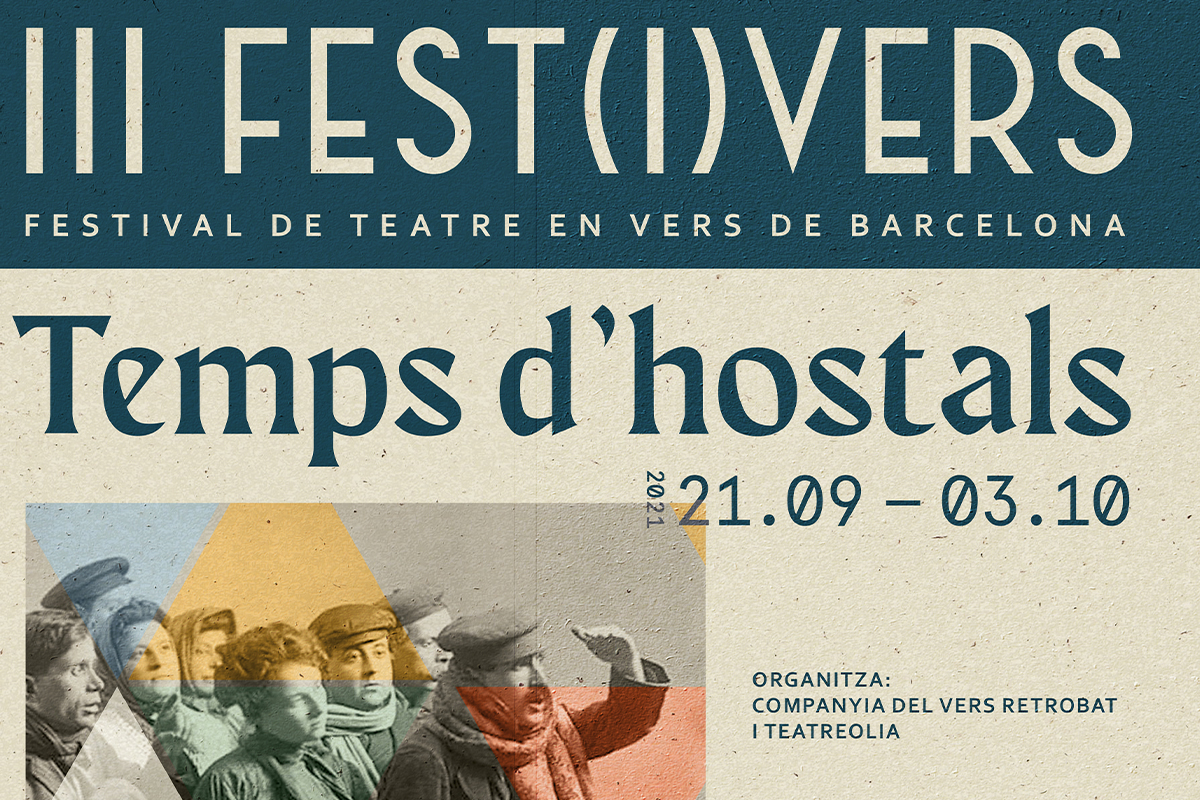 This September-October of 2021 we return with a new edition (the IIIª) of the FEST (i) VERS, the Festival of Theater in Verse of Barcelona, ​​after a year of obligatory stop by causes completely known of all. The Retrobat Verse Company, which organizes it in conjunction with the Aeolian Theater, is facing what will be its 6th and 7th production shows. The group faces, for the first time, texts by Catalan authors from the XNUMXth century. Until now, the entire premiered repertoire had focused on excellent translations and versions by French and Italian authors of the XNUMXth and XNUMXth centuries.

This year, however, the challenge has been solved with the country's drama. Two splendid harvests: a 'Josep Maria de Sagarra of the year 31' before the war of 36: 'L'Hostal de la Glòria' and a 'Ferran Soldevila of the year 49' after the war and in the midst of Franco's dictatorship: 'L'Hostal de l'amor'. One is a dramatic poem and the other a farce. They both spend time in a hostel and share certain concomitances that make them ‘strangely’ similar. Both are two wonders of language and versification, ideal for working on them and plunging into them, while they are also two immense skyscrapers with difficult and steep access, not without dangers.

We hope, therefore, that the scaffolding we have been erecting around it will allow us in the end, to glimpse the summit with from a certain tranquility and without anguish.

Pere Sagristà-Ollé
Director of the III FEST (i) VERS

The hostel of love

The hostel of love is a scenic filigree from one of the plot structures older than walking: love versus lovelessness; imported this time from the old Italian Commedia dell'Arte. Its main characters, who explicitly and implicitly remind us of Pierrot, Colombina, the Harlequin, Captain Espantall…, are entertained by escaping from reality and fluttering like hummingbirds for the realm of fantasy and melancholy; they base their singularity on pure imaginative sensuality. The language used, full of subtle sharpness, is with verses of different sizes: Alexandrians, decasyllabic, octosyllabic… In short, a wonderful piece from the fertile ingenuity of the historian Ferran Soldevila.

La Glòria, who runs a hostel in Ripoll, is strong and brave. She struggles to save her marriage to Andreu, an indecisive, lazy and frightened husband who maintains carnal relations with Roser, Gloria's avid and sensual sister. La Glòria will not stop for a moment to carry the pandola of the hostel and will know how to free herself from the harassment of the surviving judge Forcadell, who, a bird of prey a little ridiculous, has intuited the weak situation of the love triangle and tries to get it out ' n as much sexual gain as possible.

More information and schedules at teatreolia.cat/festivers-tercera-edicio