Skip to content
Home page/Happens in Eòlia/Francesc Ferrer exaequo winner of the BBVA Theater Award 2021 for Best Performance awarded by the AADPC.

Francesc Ferrer exaequo winner of the BBVA Theater Award 2021 for Best Performance awarded by the AADPC. 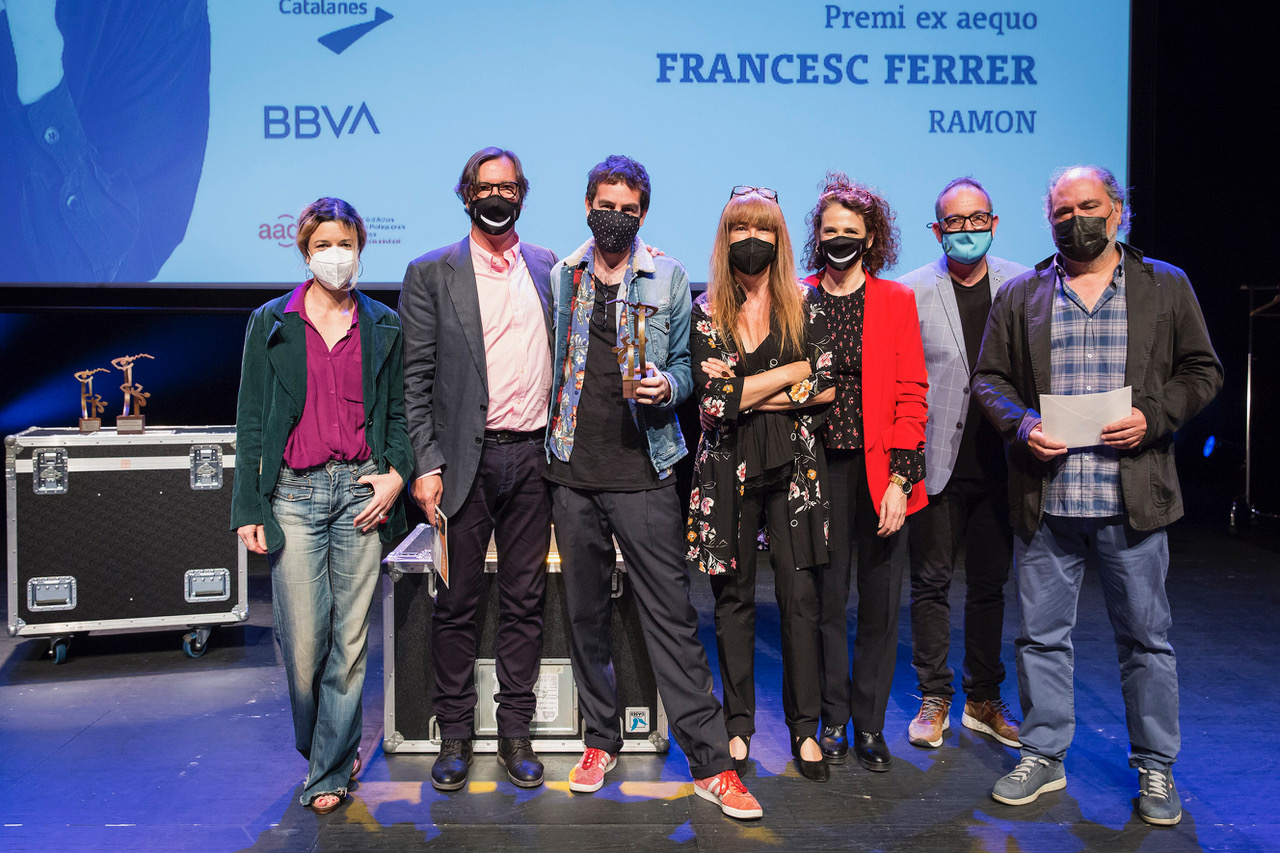 Congratulations to Francesc Ferrer (actor of “Ramon”) and Anna Alarcón (actress of “A galaxy of Luciérnagas”) for the exaequo award for Best Performance awarded by the AADPC at the BBVA Theater Award 2021 gala!

On Monday, June 7, 2021, the 21st BBVA Theater Award ceremony took place in L'Atlàntida de Vic, where the winning play was announced among the finalists of this year's edition.

The Prize for the Best Theatrical Performance went to "I was prosperous", by Projecte Ingenu.

The prize, organized by the Fundació Antigues Caixes Catalanes, with the support of BBVA, consists of a tour of various theaters in Catalonia valued at 20.000 euros, including participation in the High Season Festival, and aims to support theatrical creations, encouraging the craft and ensuring the dissemination of the winning shows.