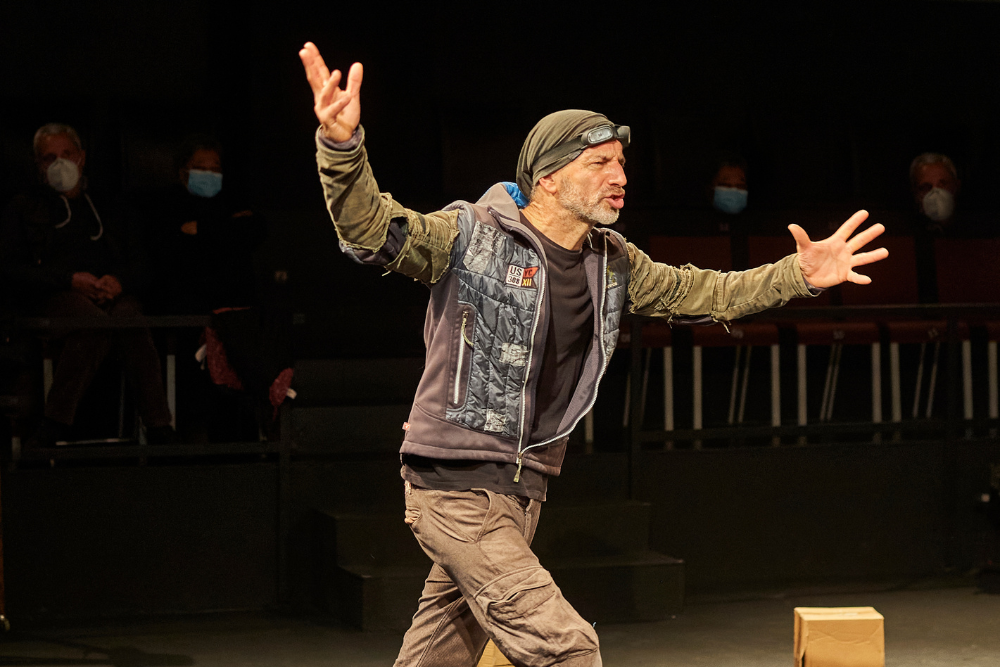 TEATRE EOLIA – IF THIS IS A HORSE

An event every week that begins at 18:00 on Thursday, Friday and Saturday, repeating until November 19, 2022

A horse? A madman? A free soul? A hypersensitive nomad? Or maybe a rare (trans)species? This very special being is captured, isolated and forced to live closed and alone in a box from which he can only get out to jump, spin and compete.

As if we were his companions, locked in the same center, he will make us laugh and reflect on the absurdity of this very "Sàpiens" world, with its original irony, its existential doubts and its revealing nightmares, and perhaps even everything infects us (go to the tanto!) its wild horse green shoots.

A monologue straddling drama and comedy, which claims the freedom of all living beings who are languishing locked up and waiting to be freed.

From Thursday to Saturday at 20h
Sunday at 18h

In collaboration with Miranda Foundation