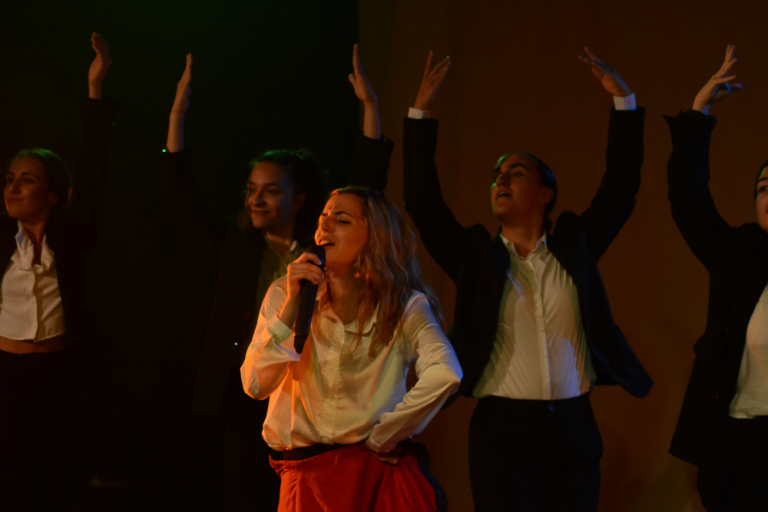 An event every week that begins at 20:00 on Tuesday and Wednesday, repeating until November 16, 2022

DEMOCRAZY: La Transición, Borbón y cuenta nueva deals with the process the country went through after the death of Franco. Combining documentary and comedy, it reviews the most important episodes of this period in Spain's history and questions the strength of its democracy.

The six actresses will play more than thirty characters who, between songs and banter, will delve into the exhibition and recreation of some of the most emblematic moments of the Transition (the coronation of the king, Marisol's nudity in the cover of Interviú and the resignation of Suárez, among many other facts.

With this project, the young company La Saura wants to give a voice to the critical, uncomplicated and at the same time complex discourse of the new generations regarding history and democracy.

A production of Co. The Saura