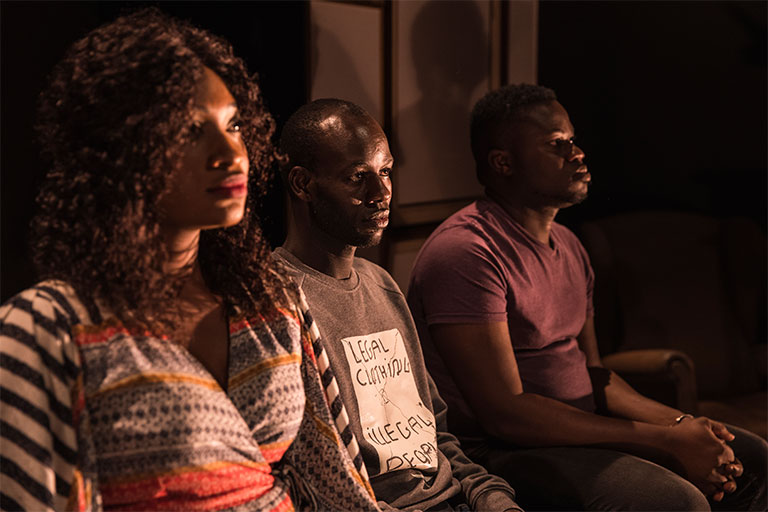 An event every week that begins at 20:00 on Thursday, Friday and Saturday, repeating until August 2, 2021

We all come from a single womb where the first living cells originated. It is ancestral and blue in color: the sea. Today the sea, which should have saved the beginning of life, is dead and kidnapped.

“PAU Paisatges Als Ulls” is based on the premise that the state of the sea reflects the state of the soul of society. There are no actors on stage, but people who have crossed a sea in search of freedom. And it’s on stage where they find a place to connect and verbalize life experiences that they can feel as their own. Throughout their story, focusing on their dangerous journey by sea traveling by boat, the protagonists will tell us their life story: who they were before leaving their country of origin, who they are now and who they want to reach. to be.

“PEACE LANDSCAPES IN THE EYES” leads to thestage the story of three migrants who have crossed the sea in a boat. The piece shows us this reality so often disguised by the mechanisms of power: Why did they do it? What does it mean to leave your land in search of a better life? At what price? Is Europe really the promised land? Who were they before they left? Who are they now? And who do they want to become?

A necessary theater show that seeks to be a bridge of communication and a meeting place.

Theater as a trench, theater as a space of resistance in the face of an atrocious world that is increasingly reminiscent of past and dark times.

From Thursday to Saturday at 20h
Sundays at 18h