Your talent in front of the camera

It is a process of accompaniment and reinforcement in the discovery and affirmation of personal talent.
The student will learn to connect with the body itself and with the group by training listening and strengthening the natural gifts we each have from our birth.
A learning space where values ​​and beliefs are discovered, overcoming the limitations that sometimes prevent us from acting or presenting ourselves at a casting.
In each session we will delve into all the tools the student needs to overcome their fears and feel GREAT when standing in front of the camera.

The project is divided into three intensive sessions:

1 session: The student shares his own talent (dance, singing, acting, audiovisual, music, etc.) contributing to the space his artistic energy.
The piece you input will be recorded.
Session 2: Accompanying the student to land their potential when creating together with the other. It will be a feedback / follow-up session and creativity between the group.
Session 3: The student will record his final piece through the echo / resonance of the group.

Bring your talent, share and receive the talent of others !!!

Course aimed at teenagers: between 15 and 17 years old. 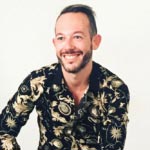 Actress, director and teacher. He has trained and developed professionally in Spain, Germany and Scotland.

With more than 15 years of professional experience he has worked in film, theater and television. He has worked in “Salvados”, “Barcelona nit d'hivern”, “La Riera” or “Centro medico”, among others. With her production company Lizzia Producciones she develops fiction and documentary pieces and has collaborated with producers such as El Terrat, Vadever Films and Albiñana Films.

This 2021 has finished the post-production of "I'm back, baby" and is preparing the script for his next project. She was previously a TV3 ENG reporter. 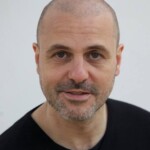 A graduate in Dramatic Art from the Institut de Teatre de Barcelona and with a Master's degree in film and television direction (Ramon Llull University), he combines THEATER, CINEMA and TELEVISION working in various fields such as ACTOR, DIRECTOR, DRAMATURG, director of CASTING, SCREENPLAYER, COACHING and PROFESSOR of acting, stage and camera.

As an actor he has worked in shows such as "El Rei Joan", "Fedra", "La Bella i la Bèstia" or "Ivanov", and in the TV3 series "La Riera", "El Cor de la Ciutat", " Labyrinth of Shadows ”and“ Link Station ”. He has directed the productions “Lulu (First Night)”, “The Comedy of Errors” and “Fatma”, and was director of actors and director of the 2nd unit of the Internet fiction series “Crisis: Barcelona K36 protocol” . He is the founder of the professional theater company "Un Te de Cafè" with Mercè Lleixà.

Gift voucher
We use our own and third-party cookies to improve the user experience through their browsing. To change your settings and see full details of our privacy policy, please see below. Configuration Ok