The objective of these courses is to promote a good musical and vocal basis so that the singer gains security to achieve his musical objectives. The sessions are organized as a workshop where singing and musicality are trained through dynamic and creative classes.

The workshops will end with a presentation at the Eòlia Theater. 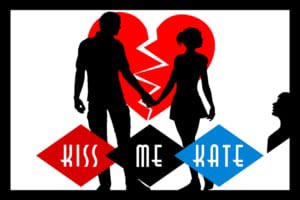 Kiss Me Kate is one of the musical works of Cole Porter most renowned Released at the end of the year 1948, the work is so well received and the critics are so good that 1949 is awarded the first Tony Award for the best musical. The key to the success of this musical comedy lies in the interaction of two geniuses, William Shakespeare i Cole Porter.

Shakespeare it provides the basics of the script, as the story revolves around the production of a musical version of "La Fierecilla Domada", a text that Samuel i Bella Spewack, the playwrights of Kiss Me Kate, are used to highlight the off-stage conflict between Fred Graham, the play's director, producer and lead actor, and the lead actress, his ex-wife, Lilli Vanessa. Porter He adds a score loaded with energy, feeling and passion, which perfectly accompanies the intentions of the characters and generates the right climate for each scene.

So this will be one workshop loaded with energy and humor, where the participant will delve into the musical world of Porter, who navigates between classical, jazz and swing, and will receive the vocal and musical tools necessary to defend the material with confidence.

BOSCOS ENDINS, released on Broadway in 1987, with lyrics and music by Stephen Sondheim and libretto by James Lapine, and winner of several Tony Awards, delves into the darker and darker side of fairy tales in relation to themes such as social responsibility, the importance of being considered by others, and the values ​​that adults pass on to children.

The characters (Cinderella, Sleeping Beauty, Little Red Riding Hood, the Wolf, the Princes, Rapunzel, the Witch…) are not as good or bad as in the tales, they have all been humanized. Their stories intertwine and merge their problems. And it is from this humanization that in this Workshop we will face the fact of singing in the service of a scene: understanding the sung text as an act of honest communication even with characters who are supposed, perhaps, preconceived expressive forms .

Would you like to receive information about singing and vocal training activities organized throughout the course? Leave us your email!